Sometimes you have to do the shitty tourist things. Like paying $80 to see Maori’s reenact “an authentic Maori experience.” And seeing as I forewent Hobbittown for about the same price you can see where my priorities lay. Big Maori dudes > little tiny hobbits.

Seriously though, the history of the Maori culture is pretty fascinating considering that they’re an “indigenous warrior culture” (using that term probably makes me vaguely racist) that has successfully integrated into modern day society while simultaneously maintaining an ethnic heritage despite British colonization of the island.  For example my American friends, how many Native American friends do you have…and if you’re going to tell me your friend’s great great grandmother was part Apache tell me when the last time was that they scalped someone (okay, that one was racist).  But statistically, Maori make up something like 15% of the population and while they own a shit ton of land as preserves or sacred traditional lands they also do normal modern shit, like have cell phones, drive cars, hold normal non-tourism jobs, etc.  And according to Mark’s friends that we stayed with, they have a bomb litigation team that  doesn’t let the government step all over them – for example being like “nope bitches, your government doesn’t get sole control of the income from radio waves because that shit passes over our land so we get part of the income.”  Well played.

Anyway, back to the show.  The experience was decent and it was cool to see some of the Maori culture even if it was just for show. I mean, in the past centuries since signing a treaty with the Brits, the Maori have since evolved from running around in loin cloths in the woods swinging sticks. Maybe. Idk, I’m no indigenous expert. The best part of the experience was the haka dance and not the hangi (traditional meal cooked in the ground; me= fatass) as I would’ve anticipated. Probably most famous due to the world champion All Blacks performing it before their matches, whether done in uniform or loin cloths it’s quite the sight to see.

Imagine this. You’re front row in front of a stage set up to recreate the forest where a Maori village was located. Suddenly 10 guys wearing only loincloths run out in front of you in a line. They’re painted on their legs, arms and faces with tribal tattoos…and not barbed wire arm bands either. You stare at their muscular legs as they stomp on the ground and as your eyes travel up you wonder exactly how far up the tattooing goes on their inner thighs. 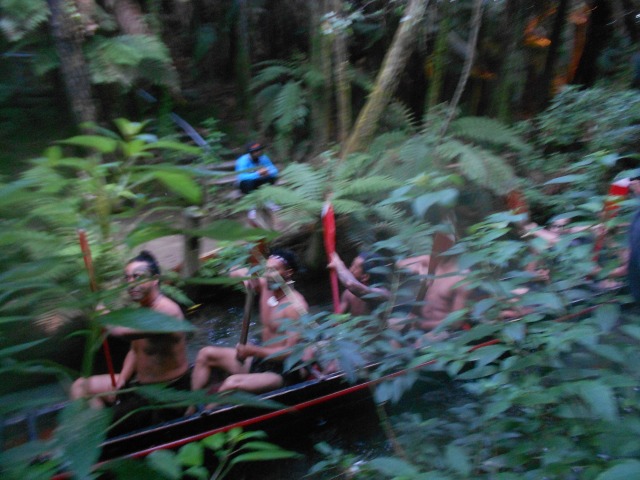 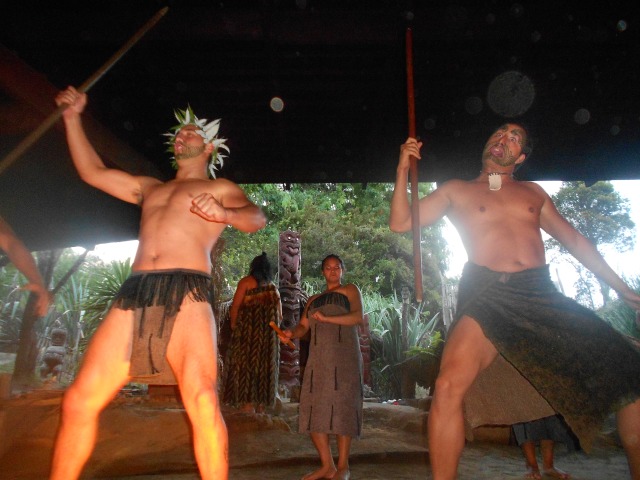 No imagination…fine, here’s the video.

We also got to venture into the forest at night after the feast and see some glow worms – which according to legend, are little faeries spying on humans. Very cool.

After we came back, we ran into the Czech guys from Coromandel again and sat up for a while drinking awesome homemade apricot flavored moonshine and hanging out. Not quite western fire water, but it’ll do.

One thought on “The Maori Experience”